Good news hit the markets as fast as bad news and this is what happened with the recent announcement that Greece managed to secure another EUR 5 billion loan these days via a public auction. Not great, but critical news were these. Without the new bonds issue, Greece would have defaulted the next week’s repayments.
Unfortunately, the story is far from over. The Eurozone decision makers have failed to reach an agreement on how to tackle Greece’s huge debt. Some minister’s proposal to cap the public debt at 120% of the country’s GDP was strongly opposed by other countries (mostly the Nordics), especially because this would mean a haircut on the loans. Borrowers never want to lose money. 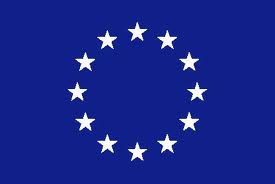 On the other hand, besides the strong disagreement on how to bring Greece’s debt back in line by 2020, there is fresh new dispute. IMF wants more piece of the action and more decision powers, but is running out of funds. It has already announced that its funds would not be enough to support an eventual Spanish bonds repurchase and it is running out of patience with Greece. So IMF does not want to commit more money and feels helpless in influencing such big economies, which is something it usually does. On the other hand, European ministers are very keen to keep IMF in the same funding deal for the PIGS, not the least for the credibility this co-funding would lend to them.
Inch by inch, Greece’s rope is approaching the stick. I am afraid that if the European nations do not reach quickly an agreement, everything until now would be a huge waste of money and time…