Finally everybody had a sigh of relief when Cyprus announced the bailout plan. Painful as it might be for the above-100,000 EUR depositors, it is… Read More »Eurozone Crisis – Cyprus Now, Malta and Luxembourg Next?

As they say, one man’s plight is another joy. Recently Moody downgraded France to Aa1, on concerns that the public deficit of 90% of GDP… Read More »Eurozone Crisis Update – France’s Suffering is Good for Shares

Good news hit the markets as fast as bad news and this is what happened with the recent announcement that Greece managed to secure another EUR 5 billion loan these days via a public auction. Not great, but critical news were these. Without the new bonds issue, Greece would have defaulted the next week’s repayments.
Unfortunately, the story is far from over. The Eurozone decision makers have failed to reach an agreement on how to tackle Greece’s huge debt. Some minister’s proposal to cap the public debt at 120% of the country’s GDP was strongly opposed by other countries (mostly the Nordics), especially because this would mean a haircut on the loans. Borrowers never want to lose money. Read More »Eurozone Crisis – Greece Relieved with a 5 Billion Loan

Eurozone Crisis – ECB Getting Powers Over the Banks

Well, you cannot say that this was not to be expected :)). European Union is very different in terms of banking regulations compared to US. They are sending lifelines to the banks, but also they attach lots of strings to this. One of the latest strings is to regulate the banking sector much tighter.
Today, the Eurozone leaders have agreed in Brussels to set-up a single European area bank supervisor under the leadership of the European Central Bank (ECB). This is no small task – EU has 4,300 financial institutions with around 36,000 billion Euros in assets. With most of these in distress, ECB has the tough task of supervising, giving lifelines and helping these boost the economy.
This move is largely understated by the press and the markets in general. Barely no news about this was published on the media (except for a Financial Times article, which s usually was unhappy with the Bank of England’s decrease in autonomy). Bank shares went mildly down (1-2%), so markets moved a bit but not much.
Why is this so important? It actually means that regulators will control much tighter the banking activities. They will follow on the segregation between the investment and consumer banking, banking practices in EU, derivatives etc. As usually, banks are not happy about extra-regulations (who would be?) and consumers might get in the beginning higher costs.Read More »Eurozone Crisis – ECB Getting Powers Over the Banks 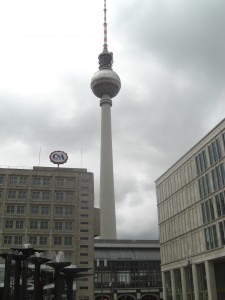 Yes, you read it right. Germany might go into a mild recession in 2013. IMF has recently revised the economic growth figure (GDP year-on-year) from +1.6% to +1%. Whilst this does nor mean technically any recession, it also shows that the economy is very close to not growth. With a country highly dependent of machinery and high-tech exports to a weak global economy, Eurozone also looks to 2013 as another year of stagnation.
But why do we mention recession for Germany? Our investment blog team thinks that the chances to get there are increasing. The problem is that Germany is one of the few top 10 economies not to have suffered any recession so far. Usually, Germany is not leading, but lagging in terms of crisis the other major economies (US, Japan, France). Read More »Eurozone Crisis – Germany in Recession in 2013

Well, this is quite interesting. On one hand we have a pessimistic view on the European Union: this is the region where the recession is… Read More »Eurozone Crisis – Nobel Prize for Peace Goes in 2012 to the European Union

Eurozone Crisis – IMF Intervening as a Consultant, Not as a Bank

In one of these days interviews, IMF Managing Director Christine Lagarde has suggested that the institution it leads kight go out of its biggest tool to intervene into the countries – its money. If in the past IMF used to help much smaller economies from Latin America or Asia, in the latest Eurozone crisis IMF needs to step in for much larger countries. Spain or Italy are no small feat for it – actually the financial aid for this country is (in the worst case scenario) far beyond IMF’s needs.Read More »Eurozone Crisis – IMF Intervening as a Consultant, Not as a Bank